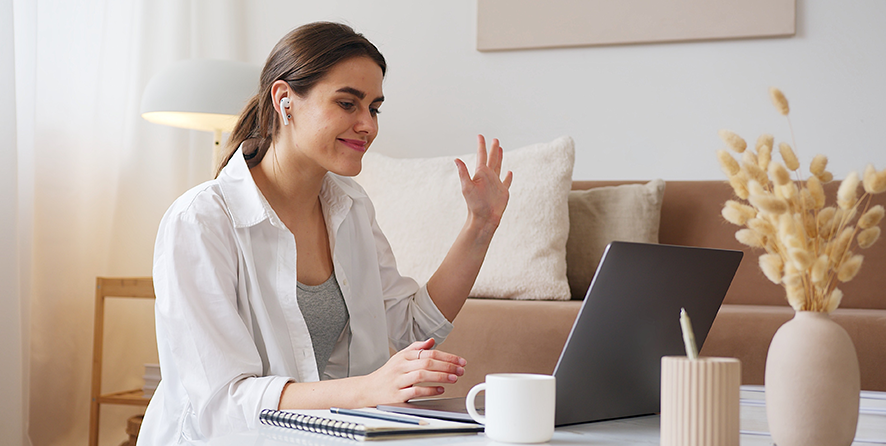 Positive Feedback: How and Why

If you want to make your employees happier, more motivated and more productive (of course you do), the single most effective tool you can use is recognition.

Yes, a simple thing like giving employees positive feedback is not only proven to work, but you can also implement it quickly and it won't cost your company a ton of money.

Given that it’s so effective and simple, it’s incredibly ironic that it’s still one of the most overlooked and undervalued tools in business.

So let’s look at why appreciation of somebody’s work is so powerful and how your company can use it optimally.

The Effects of Positive Feedback

A study conducted by Harvard Business School confirms what we all should know by now: Receiving positive feedback makes employees happier at work, less stressed and more productive.

In the study, participants were asked to solve various problems. Just before doing that, half of the participants received an email from their coworkers or friends describing the time when the participant (mail recipient) was at his or her best.

The results of this experiment were quite positive. Those who read positive statements about their past actions were more creative in their approach, more successful at problem-solving and less stressed out than their counterparts.

For instance, participants had three minutes to complete Duncker’s candle problem. Fifty-one percent of those who had received positive feedback prior to the task were able to successfully complete it, but only 19% of those who did not receive the “best-self activation” emails were able to solve it.

That’s significantly better performance when compared to the group that had just received positive feedback.

Why Praise Makes Us Happier and More Productive

Essentially we now know that when you experience positive emotions, your mind functions in a broader and more open way. This is also confirmed by the research conducted by Teresa Amabile who found that:

“If people are in a good mood on a given day, they’re more likely to have creative ideas that day, as well as the next day, even if we take into account their mood that next day.

There seems to be a cognitive process that gets set up when people are feeling good that leads to more flexible, fluent, and original thinking, and there’s actually a carryover, an incubation effect, to the next day.”

This is crucial. It shows that being happy is not just about feeling good – it also has a large measurable effect on our work performance in many different ways. For example, happiness drives creative thinking. Happy people are also more productive, more resilient, more empathetic and they make better decisions.

Why Praise Is Rare in the Workplace

It’s clear that giving positive feedback is a great way to create more happiness at work. Unfortunately, praise is not so frequent in most workplaces.

In our study of what makes people unhappy at work, a lack of praise and recognition was one of the major causes. 37% of participants in our survey mentioned it as something that made them unhappy at work.

The top 3 factors that cause bad days at work:

Obviously, praise is the most effective way to boost employees’ happiness and productivity: It works really well which is why it does not make sense why most companies don’t do it yet.

So why is praise so rare at work? Some workplaces simply do not have the tradition of giving positive feedback. Many managers believe that praise is trivial or ineffective – which is completely wrong, of course. I’ve even heard managers argue that “we shouldn’t praise employees – they’re just doing their jobs.” This kind of attitude is simply ineffective, maybe even detrimental to employees’ satisfaction and well-being.

Some workplaces even have a strong culture of giving negative feedback, where even the slightest mistakes are punished harshly, and good performance is neglected.

Not only does the absence of praise have a negative impact on the employees’ level of happiness at work, it might even mean that it is initially met with scorn or suspicion. But what people need to realize is that praise is genuine and not other colleagues’ attempt to butter them up for something else. Some people are so out of practice with positive feedback that they even find it hard to receive praise.

Why Praise Matters: Results AND Relationships

Our model proves that happiness at work comes from two factors: Results and Relationships. In other words, doing great work together with great people.

Praise at work is important because it shows people that they do good work, make a difference and get results. This gives them a feeling of pride that makes them very happy at work. Praise also motivates us do do our best when working on our future tasks.

But lately we’ve realized that there is more to positive feedback: it’s also about strengthening relationships in the workplace. When you praise someone else, it shows that you actually pay attention to them and are able to see their good work and qualities. This is an incredibly powerful way to build strong relationships at work.

One of our most fundamental psychological needs is that others see and recognize our qualities. Some sociologists, like Axel Honneth, argue that how others see us is, in fact, one of the major factors that shape our identity:

“In order to develop a practical identity, persons fundamentally depend on the feedback of other subjects (and of society as a whole). Those who fail to experience adequate recognition, i.e., those who are depicted by their surroundings or the societal norms and values in a one-sided or negative way, will find it much harder to embrace themselves and their projects as valuable. Misrecognition thereby hinders or destroys persons’ successful relationship to themselves.”

And we know that people who are never recognized for the good things they do have a much higher risk of developing mental problems over time.

How to Praise Your Colleagues at Work

You can also praise different aspects of your employees’ work and character:

So get praisin’. Positive feedback takes no time and costs no money and is one of the most effective ways to make a workplace happier and, apparently, more productive.

And anyone can praise anyone. Of course bosses should praise employees, but employees can also praise each other, praise their boss or even praise customers. Why not?

We can all start with ourselves. Could you become that kind of person who is really good at seeing the good in others and telling them about it? This is a great thing to do, not just at work but also with your family, friends or even with random strangers on the street.

But what really makes a difference is when the workplace creates a culture of recognition where it is perfectly natural and common to praise each other.

This takes a focused effort — which is why the ability to praise your colleagues is one of the key functionalities of HeartCount allowing employees to directly encourage each other with positive feedback. What’s more, this positive feedback is displayed publicly for others to see.