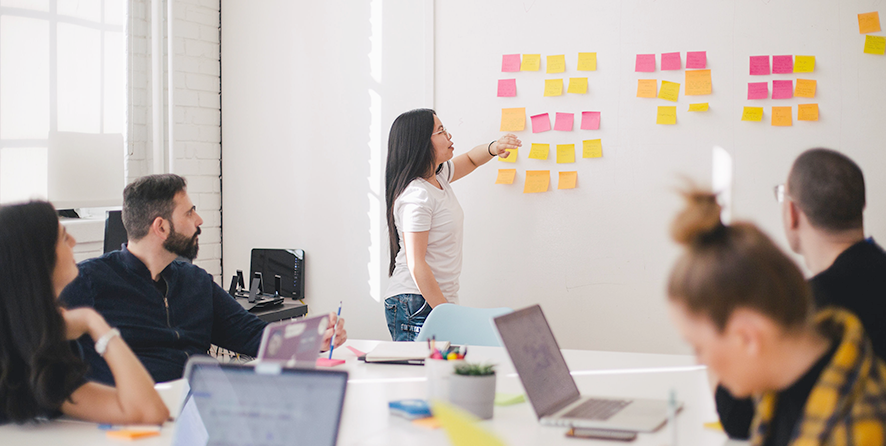 There’s no doubt that IT has become central to almost all corporations and that any kind of disruption would cost a lot of money and time. For instance, when the geeks at NCR in Australia threatened to go on strike, this could have paralysed everyone from ATMs and supermarket cash registers to aeroplane check-in. This is why keeping the IT people happy at work is an absolute requirement in today’s modern world and ever-changing business. Happy IT people and effective IT people.

The main reason why IT people feel unhappy at work is bad relations with management. This usually happens because they have fundamentally different professional backgrounds, personalities and ambitions.

Some people believe that IT geeks hate managers and that it is impossible to lead them. Have you ever heard the expression “managing geeks is like herding cats”? Well, if you have, you should know it’s just plain wrong. The truth is that IT people hate bad management and have less tolerance for it than other kinds of employees.

So what’s the catch? Since I’ve been lucky enough to have been a geek and an IT company leader, I’d like to share with you the top 10 mistakes I’ve seen managers make when leading geeks:

I had a boss once who said that “training is a waste of money, just teach yourself”. That company tanked 2 years later. The fact is that training plays a major role, especially in IT, and managers must be aware of this and budget for it. Some managers believe that if they invest in training their employees they may as well go to work for competitors. While that might be true, it’s not something you should fear about because, otherwise, you would only have employees who are too unskilled to work anywhere else.

2. Give No Praise or Recognition

One of the things that can definitely hurt employees’ motivation is when managers don’t understand the value IT people bring to the table and therefore don’t recognise or reward a job well done. But, there’s a solution! Geeks and managers should work together to determine a set of goals that both parties agree on. Once these goals are met, managers will know that the geeks are doing a great job.

3. Plan Too Many Things Overtime

“Let’s wring the most work out of our geeks, they don’t have lives anyway,” seems to be some managers’ approach. This may lead to severe consequences as overworked geeks may easily burn out or simply quit their jobs. So, it’s pretty obvious that forcing people to complete as many tasks as possible in a short period of time is wrong on so many levels. There was a case when a young IT-worker who had a stress-induced stroke on the job and was hospitalised, returned to work soon after the incident and then had another stroke. To get a clear understanding of why long work hours are not good for either a business or the people who contribute to that business, check out this post.

Management-speak is something that geeks simply hate and see it as dishonest and superficial. Managers should try to use a plain language and drop the biz-buzzwords if they want to get closer to IT people. Instead of saying “We need to proactively impact our time-to-market”, managers should just stick to “We gotta be on time with this project”.

5. Try to Be More Tech-Savvy Than the Geeks

Managers don’t necessarily have to know everything about technical issues. Whenever they run into something they don’t understand, they should simply admit it. Geeks will respect them for that. On the other hand, geeks can get pretty annoyed by the managers who pretend to know things. And they will know when managers are not being honest with them – geeks are smart.

In IT, structure and consistency are critical. In other words, geeks don’t like when the documentation says one thing while the code does something else or when managers say one thing and then do something else. Geeks have an ingrained sense of fairness, and managers should respect that.

7. Give Geeks the Cold Shoulder

Since managers and geeks are different kinds of people, managers may sometimes simply ignore the geeks. This won’t bring any good to anybody, as geeks will be quite difficult to lead when they are being ignored by the management. Like other personnel groups, they also need good leadership.

Making a technical decision without consulting IT people is the biggest mistake a leader can make. Why? Geeks usually have much better insight into the technical side of the business than managers.

A slow computer lowers productivity and can be quite annoying. Given that geeks use computers differently, managers should invest in faster computers and updated software and give the geeks the equipment they need to be super-efficient at all times.

10. Forget that Geeks are Creatives

What managers seem to forget at times is that programming is a creative process, not an industrial one. Geeks must constantly find solutions to new problems and rarely ever solve the same problem twice. To be as creative and productive as possible, IT people need leeway and flexibility above all. Too much red tape and strict dress code kill their innovativeness. Providing them with a creative surrounding is a sure way to help them avoid “death by cubicle”.

The bottom line: Making one or more of these 10 mistakes (and, believe me, I’ve seen managers who make all 10) leads to serious consequences, including:

What managers should always keep in mind is that happy geeks are productive geeks. To put it simply, the most important factor in making IT people happy is good management, tailored to their needs and character.
Caveats: